The disparity between 80-year-old Junior Meggett, right, and 21-year-old Burnet Rhett Maybank IV spans much more than generations. The Maybanks are part of lineage of families who owned the property known as Point of Pines Plantation since the 1674. The 18th-century slave cabin in which they stand was one of over two dozen cabins built by Maybank's descendent Charles Bailey in the 1840s or 1850s. Meggett said he lived in a cabin on the property and his family worked on the plantation in the early 20th century. (Stephen Morton for The New York Times) 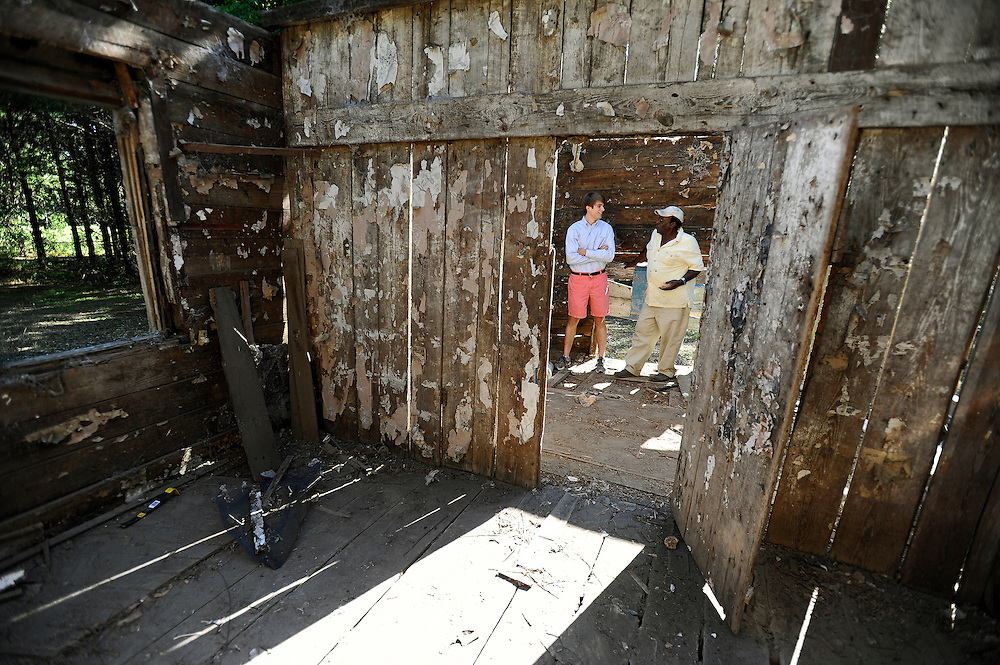