Holding onto the door frame of a dividing wall separating the cabin's only two rooms, Junior Meggett remembers his life as a young man visiting his aunt and uncle who lived in the cabin on Edisto Island, South Carolina. Historic records show the string of cabins, built by Charles Bailey in the 1840s or 1850s, where used to house some of the plantation's 75 slaves. Meggett said he lived in a neighboring cabin that was part of a "slave street" and his family worked on the plantation in the early 20th century. The cabin was recently dismantled and shipped to Smithsonian's new National Museum of African American History and Culture in Washington, D.C. (Stephen Morton for The New York Times) 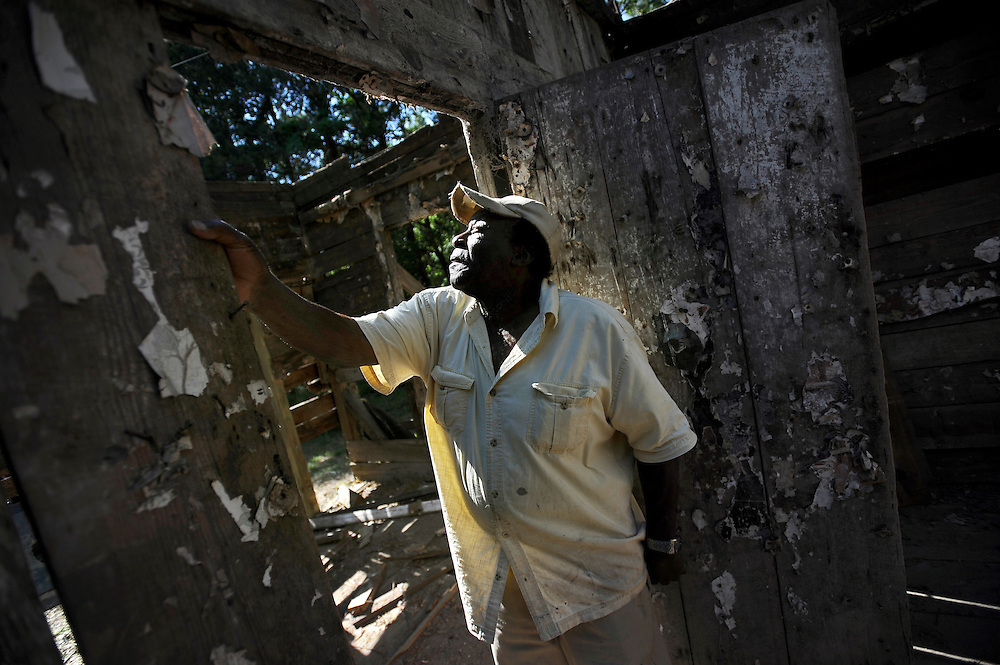